Sarah’s eldest daughter started cello lessons at West Norfolk Music Centre in 1993. Since then, Sarah, husband Paul, and all four of their children have had lessons, but not all at the same time! Sarah has flute lessons and plays in Beginner Band. 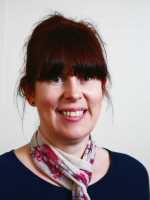 Lisa and her 3 children have enjoyed music lessons at the Music Centre since 2005 where they have learnt to play a variety of musical instruments, taken part in many ensembles and concerts and made lots of new friends. Lisa enjoys flute and singing lessons and participating in the Wind Band and Orchestra. She also plays flute in Hunstanton Concert Band.

Lisa was appointed Finance Officer in 2012 and enjoys the role immensely. She works part-time as an office administrator for Fenland Flying School.

Diane has been involved with the Music Centre since she first brought her two sons to the junior music workshop. They went on to learn to play recorder, trombone, guitar and piano and, like many parents at the Centre, Diane was inspired to take lessons herself, with recorder and piano her chosen instruments. Diane organises our refreshments on Saturday mornings and at our concerts, as well as acting as our assistant administrator.

Outside Music Centre, Diane has worked as a hospital laboratory assistant and a science technician at a local school, and she now combines her work for the Music Centre with her role as a full-time carer.